Plasticizers are marketed in high volumes and Di(2-ethylhexyl) phthalate (DEHP) is frequently detected in the environment and human populations. Industry had largely relied on DEHP until regulation started to restrict its marketing in 1999 due to environmental and human health concerns. The aim of this study was to obtain spatial-temporal trends for DEHP and its substitutes in German rivers. We have investigated suspended particulate matter (SPM) samples from the German Environmental Specimen Bank (ESB) for the presence of 23 plasticizers, i.e. 17 phthalates and 6 non-phthalates. The samples were collected in the last 10 years at 13 sites in large river basins in Germany such as the Rhine, Elbe and Danube. A decrease in DEHP concentrations was observed at all sampling sites between the mid-2000s and 2017. The maximum concentration for DEHP was determined in 2006 in samples from Rehlingen/Saar (6720 ng/g dry weight (dw)). By 2017, the DEHP concentration in Rehlingen had dropped to 2080 ng/g dw. Currently, Diisononyl phthalate (DINP) is the plasticizer with the highest levels in the SPM samples (maximum value 4150 ng/g dw in Rehlingen/Saar). Our results show that novel plasticizers such as Diisononylcyclohexane-1,2-dicarboxylate (DINCH) spread rapidly in surface waters after their market introduction. We have found several plasticizers of emerging concern in the environmental samples, the further use of which is currently under review under the EU chemicals regulation (REACH, registration, evaluation, authorisation and restriction of chemicals). In particular for Di(2-propylheptyl) phthalate (DPHP) a significant increase in concentration was observed at almost all sites between the mid-2000s and 2017, for example in Prossen/Elbe from 24 ng/g dw (2005) to 1380 ng/g dw (2017). 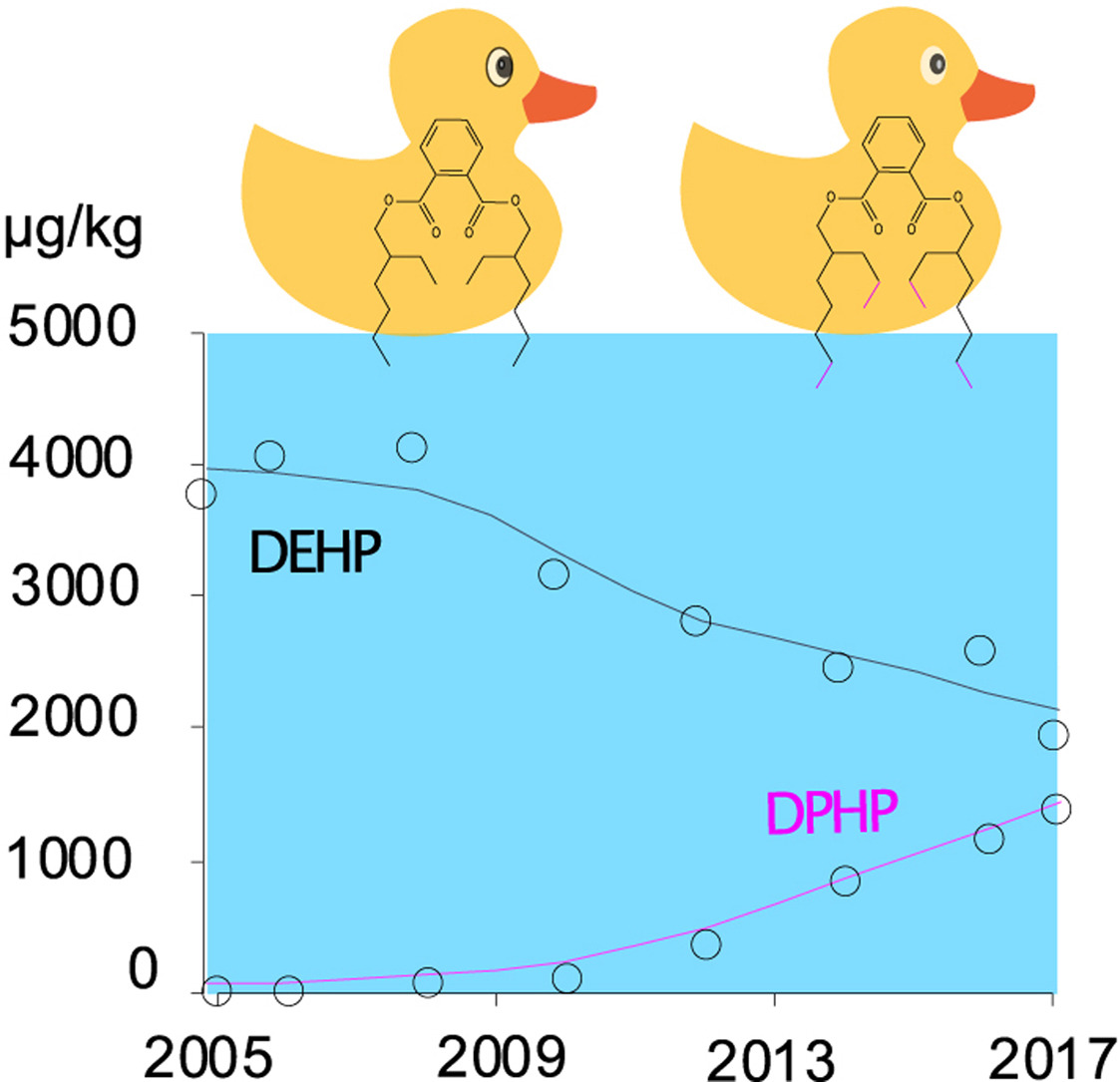