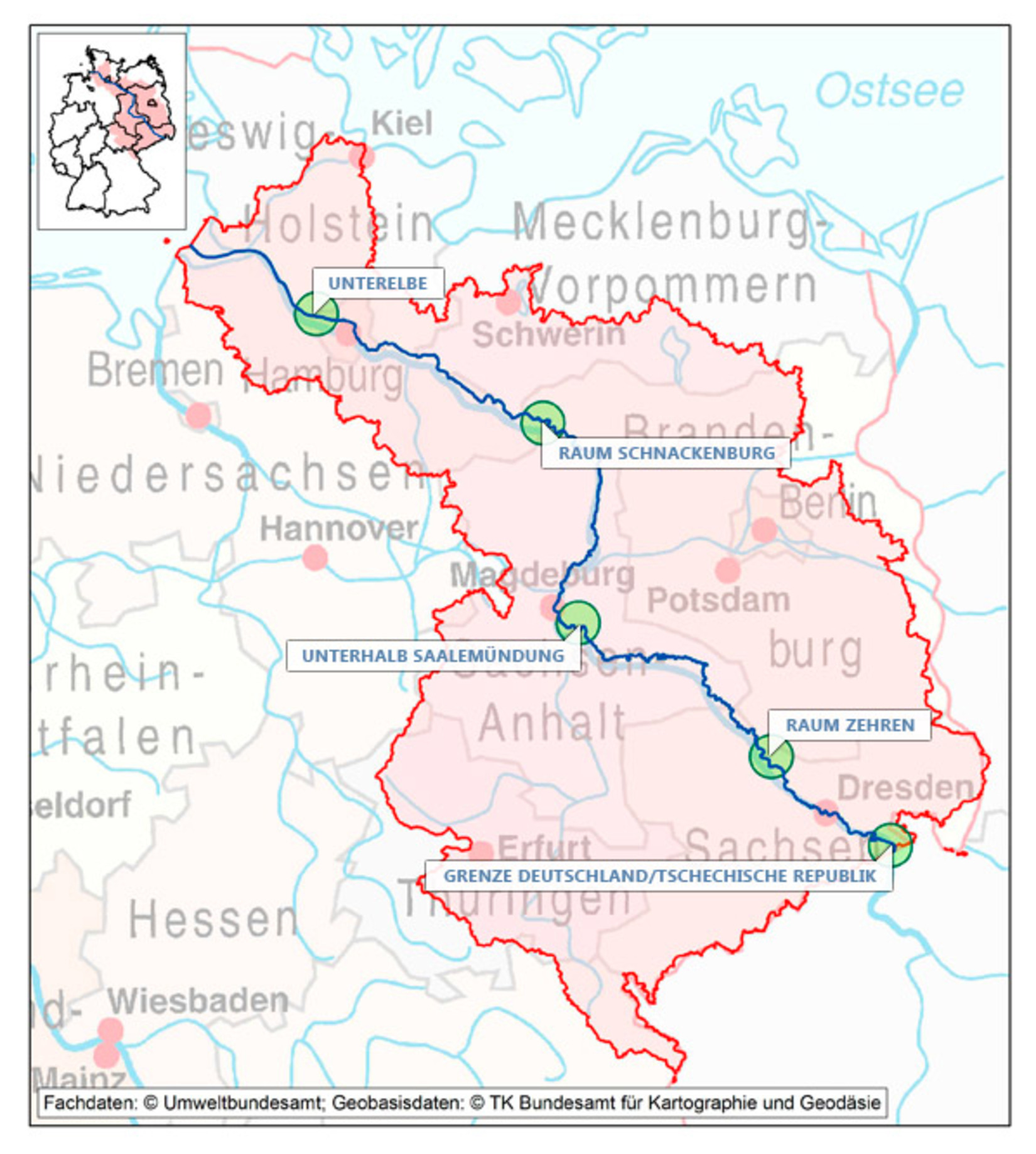 On its 1,094 km course from its source in the Sudeten Mountains in the Czech Republic to its estuary at Cuxhaven, the Elbe drains a catchment area of approximately 150,000 km2 in four countries. It is the fourth largest river basin in Central Europe. About 25 million people live in the catchment area of the Elbe, thereof 18.5 million in Germany.

The sampling area covers the 727 km long German section of the river.