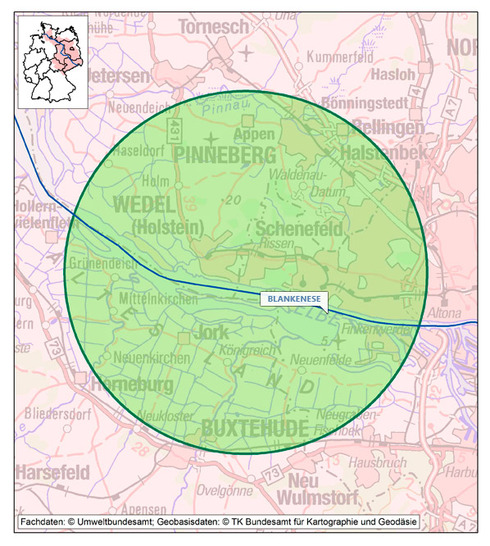 Only sub-area in the tidal section of the river Elbe

The sub-area is located in the Lower Elbe and in the landscape of the North German Plain. The river flows in a north-westerly direction with only a low gradient.

The Hamburg port is in a bifurcation area of the Elbe which forms an inland delta. In the past, the tidal backwater lead to a branching of the river in numerous arms and river channels, and islands and sand banks formed. All these river arms join again before the Elbe flows into the North Sea.

The surrounding landscape is characterized by wide and fertile marshes. The only exceptions are several stretches in Hamburg where the northern river banks are formed by the slope of the moraine, the so-called Geesthang.

This sub-area is used to document the contaminant load which the Elbe discharges into the North Sea.