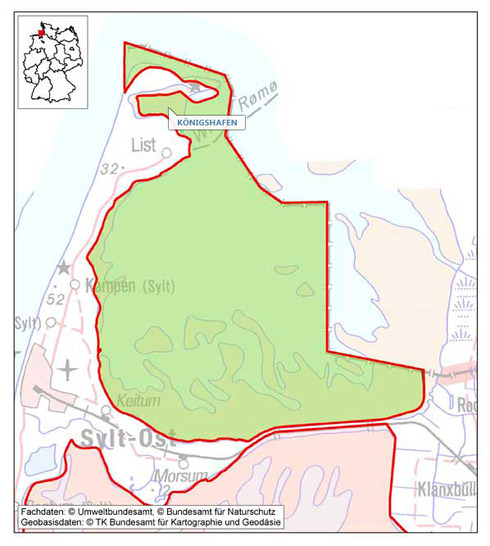 The sub-area Sylt-Römö-Watt is located in the north of the Biosphere Reserve and National Park Schleswig-Holstein Wadden Sea at the German-Danish border. It covers about 400 km2 and lies about one half each on German and on Danish territory. The area is sheltered by the islands Sylt and Römö, the only connection to the North Sea is the Lister Dyb. In addition to the natural coasts the Sylt-Römö Watt is also bordered by two artificial borders, the Römödamm in the north and the Hindenburgdamm in the south.
It is the northernmost of three sub-areas in the sampling area BR/NP Wattenmeere and lies in the German-Danish border region.