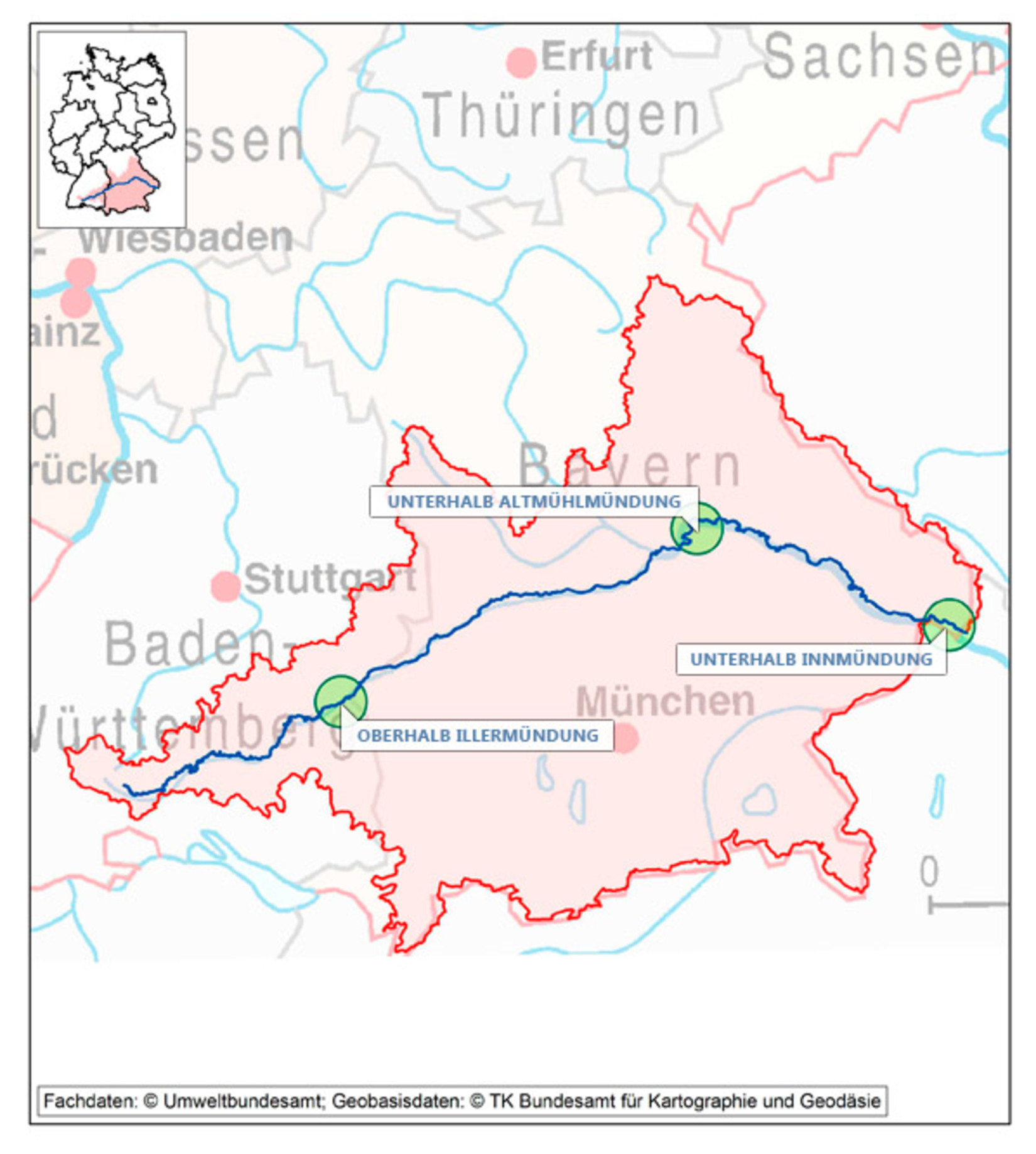 The sampling area covers the German section of the Danube on a length of 586 km and includes its catchment area of approximately 56,000 km2, which is the third largest in Germany.

Other important features of the Danube are: