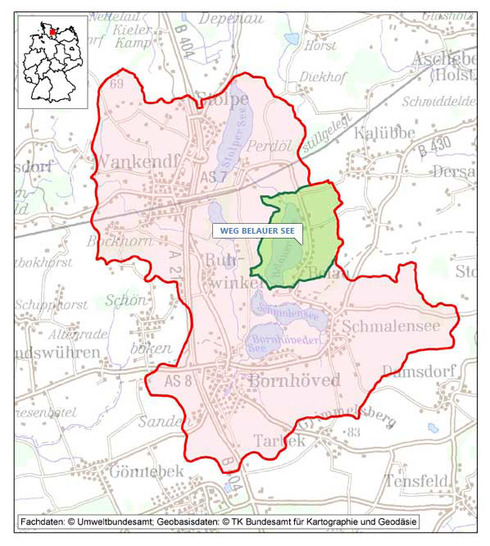 Main water divide between the North- and Baltic Sea

Bornhöved Lake District in Schleswig-Holstein is part of the young moraine landscape of northern Germany and is dominated by six lakes and their connecting watercourses. The landscape is characterized by waters, areas of arable land, grassland, deciduous forests, hedgerows and tree-lined roads. The land is mainly used for agriculture.

In this area the main water divide between the North and the Baltic Sea is situated. The sampling area covers 52 km2.

Between 1988 and 1999 the sampling site was in the focus of an extensive long-term research programme named Ecosystem Research in the Bornhöveder Lake District of the Centre for Ecology of the University of Kiel.

The Bornhöved Lake District is an example of an ecosystem utilised for agricultural purposes.