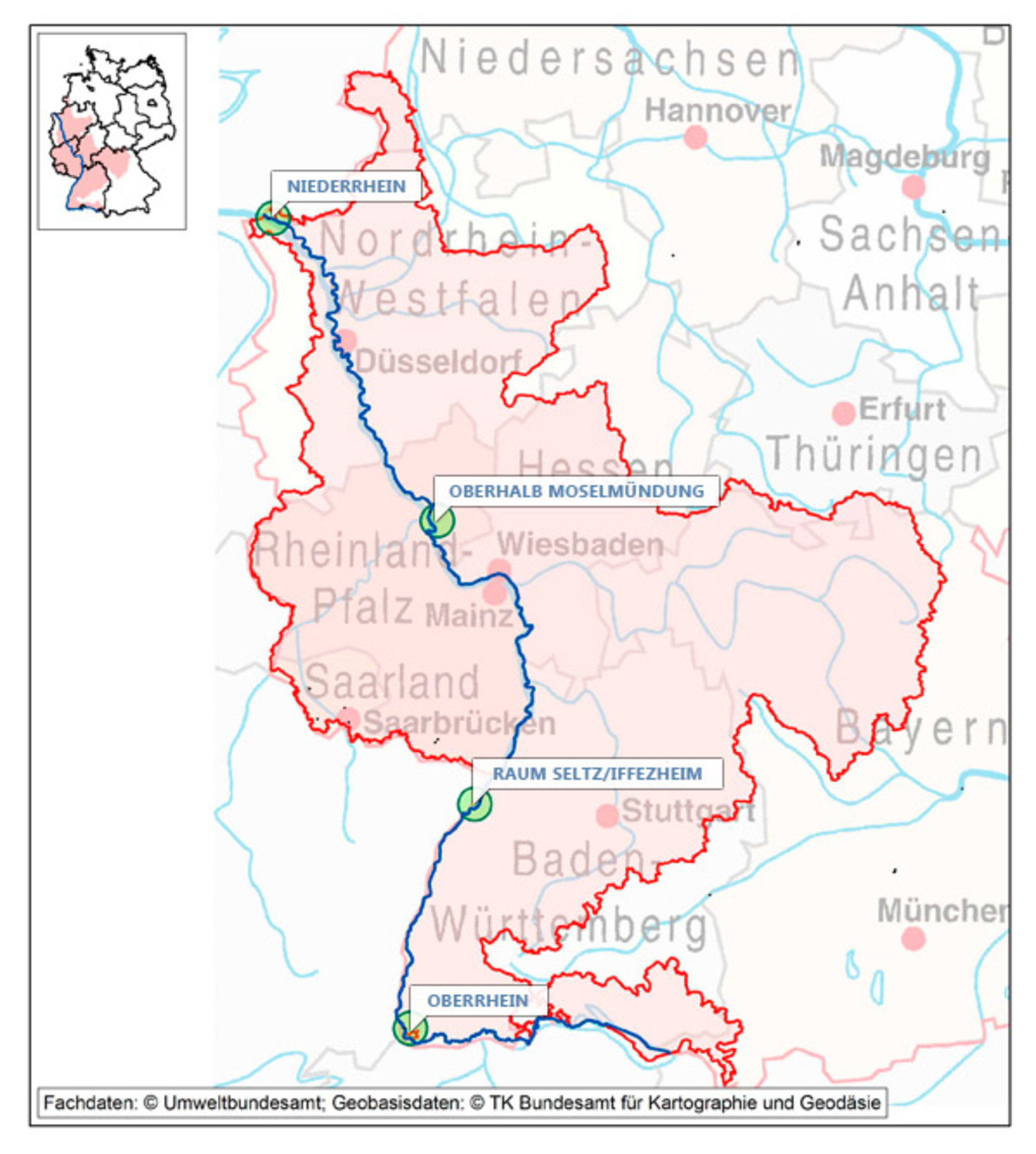 The river Rhine originates in Switzerland and flows through four countries until it empties into the North Sea after passing the Netherlands. It is the largest tributary of the North Sea and with its length of 1320 km also the longest river in Germany. The river basin of the Rhine has a size of about 200,000 km2 and spreads over nine countries. The sampling area covers the 865 km-long German section of the Rhine and extends from Lake Constance to Bimmen at the German/Dutch border.

Further characteristics of the stream are: