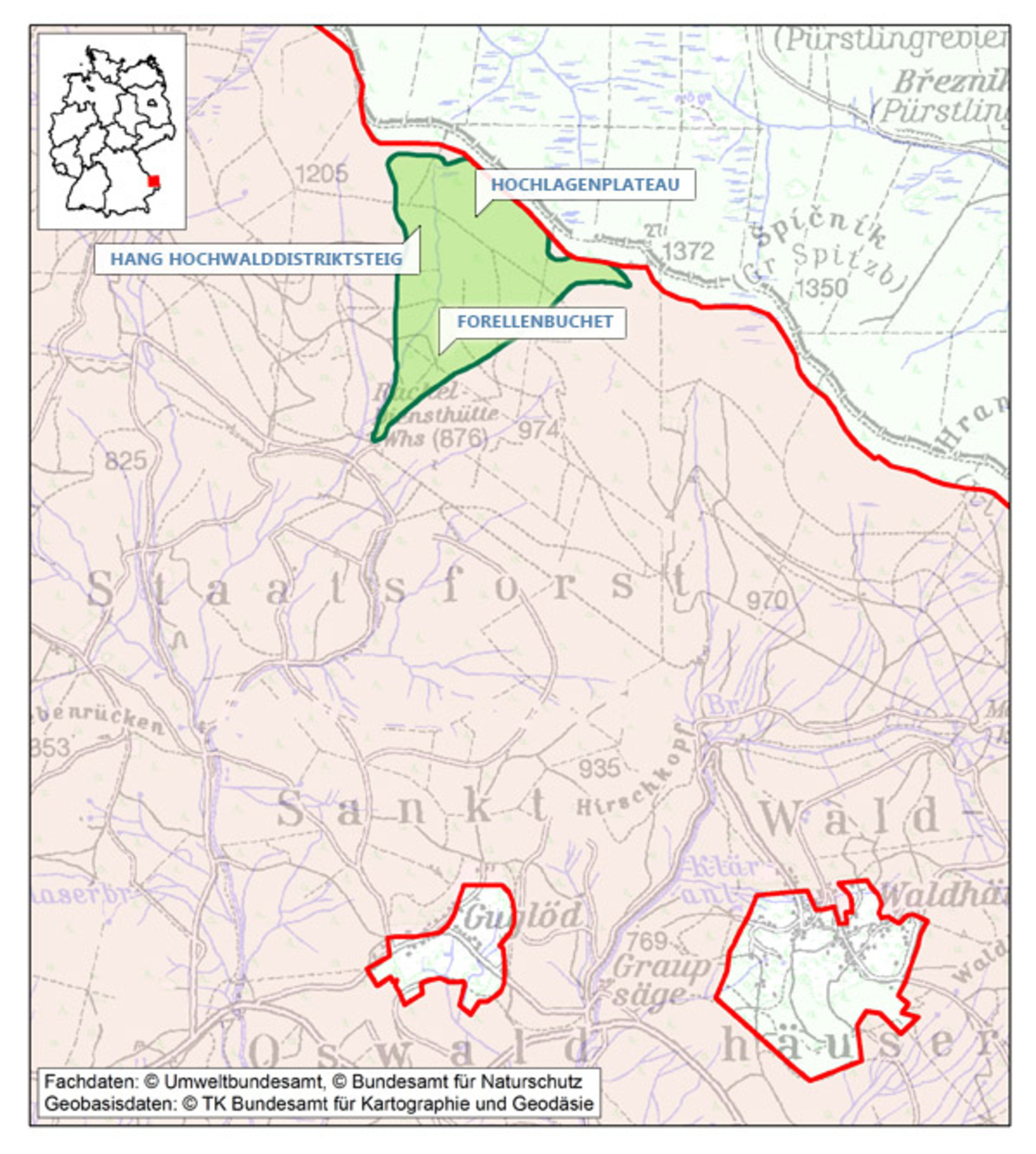 The sub-area is part of the catchment area of the Große Ohe, a small river. It extends from the mountain lodge Racheldiensthütte in the Markungsgraben to the Czech border between the mountains Rachel and Bärenlochriegel at an altitude of up to 1,300 metres. The sub-area is covered with mixed forest of beech and spruce. It also includes areas where the majority of the highland spruce forest has been destroyed by bark beetles at the beginning of the 1990s.

The destroyed highland spruce forests are still part of the sampling area because it was considered important to maintain a continuity of sampling and to monitor the recovery of the ecosystem.

The sub-area is part of the core zone of the national park and free of anthropogenic activities other than the concentrated scientific works.

In this region, fog plays a more important role in wet deposition of pollutants than rainfall. The dominating western winds carry the emissions from industries and other sources from large parts of southern Germany to the Bavarian forest where the pollutants are combed out by the highland forests and accumulate in plants and animals.