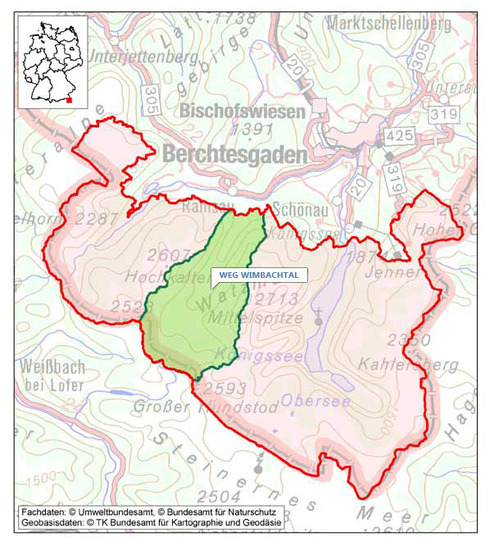 Berchtesgaden National Park is located in Bavaria. It was established in 1978 and comprises the core and cultivation zone of the Biosphere Reserve (BR) established in 1990. The mountainous landscape is characterized by tall peaks well exceeding 2,000 metres above sea level and steep, rugged cliff faces. Since the 19th century the population in the region has significantly developed and recreation areas were opened in the surrounding areas.