Sulfur in bladder wrack from the Sylt-Römö-Watt

Sulfur is an essential element for all organisms. It is not bioaccumulated. In contaminated environments, however, sulfur levels in plants may be elevated.

In bladder wrack from the Sylt-Römö-Watt sulfur levels increased between the mid 1980s and the early 2000s. This was probably a result of increased emissions from industry and traffic. Thereafter improved emission protection obviously prevented further increases in environmental sulfur.

Routine sampling of bladder wrack was discontinued in 2013. 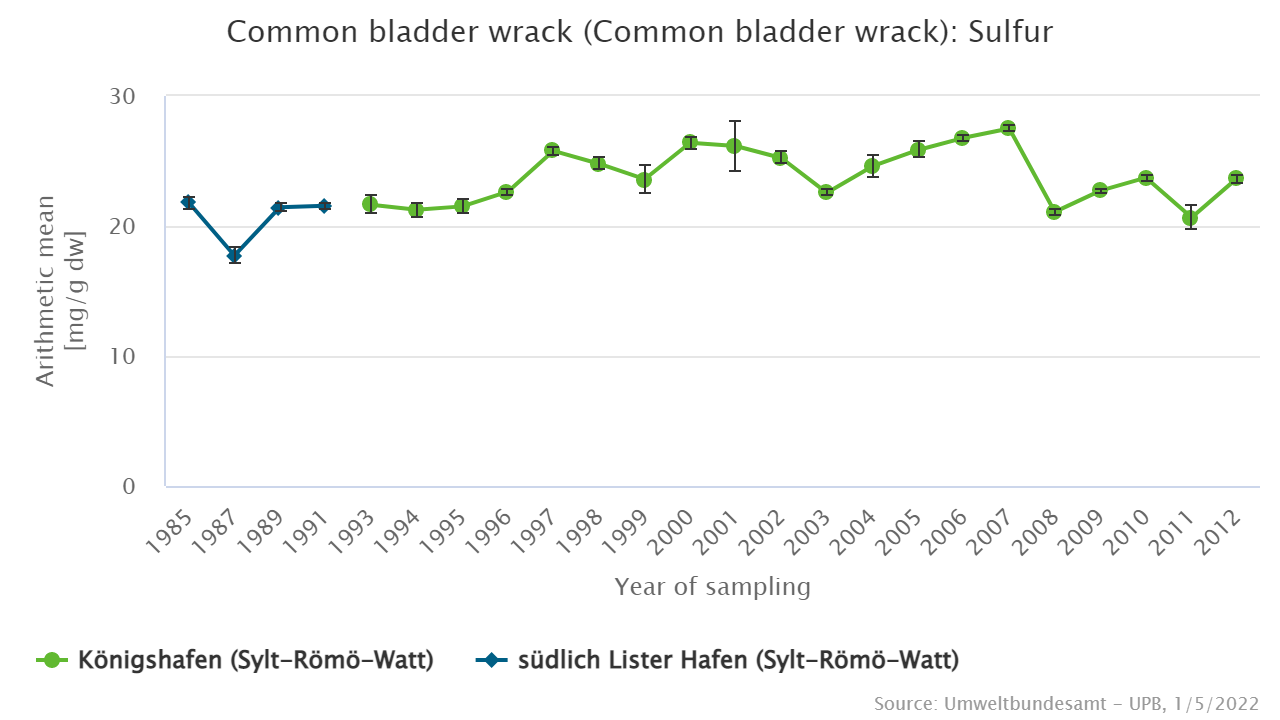