Chrysene and triphenylene in spruce from the Saarland Conurbation

Declining contamination since the mid 1980s

Chrysene and triphenylene are products of combustion of fossil fuels and other organic material. Furthermore, chrysene is used in chemical industry. Both compounds are environmentally persistent and accumulate in organisms. In the samples they are analysed as sum of both compounds.

In spruce shoots from a sampling site in the national park Berchtesgaden (Gries oberhalb Schloss), a near-natural ecosystem in the Bavarian highlands, the concentrations of chrysene and triphenylene hardly changed during the entire observation period.
The situation is different in the spruce shoots from the sampling site Warndt in Saarland, a forest in the industrial conurbation of Saarbrücken. Until the mid-1990s, comparatively high concentrations of chrysene and triphenylene were still found there. However, the contamination decreased significantly over the following decades. The data demonstrate a decreasing air pollution in the industrial Saarland due to improved emission control measures.

Today, the measured concentrations in the ecosystem close to conurbations have by and large reached the near-natural background pollution. This is a clear success for the environmental and health protection in Germany. 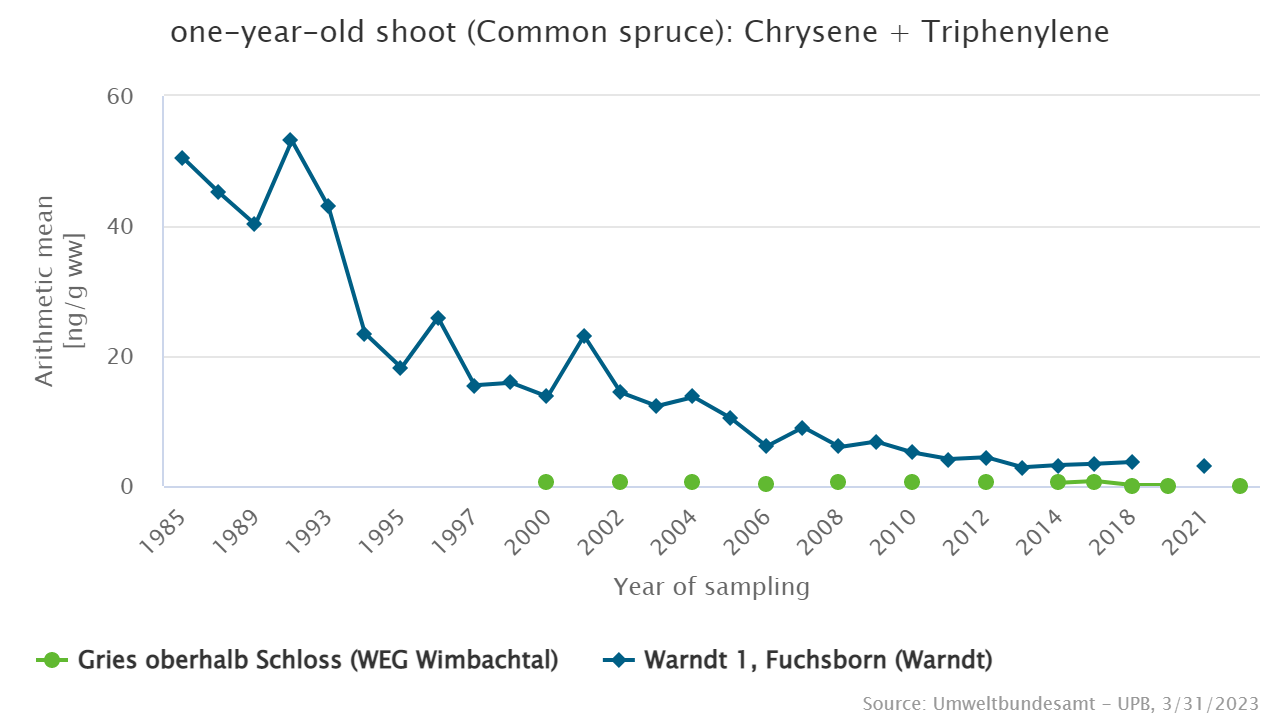