beta-HCH in bream from the river Mulde

Peak contamination after Elbe flood of 2002

beta-HCH is a by-product in the production of the insecticide lindane (gamma-HCH). It is very persistent and has a high potential for bioaccumulation and biomagnification. In the past beta-HCH was often disposed in an environmentally inadequate way on dumping grounds. This is probably the reason for soil contaminations near the main lindane-production site of the former German Democratic Republic (GDR) at Bitterfeld.

It is assumed that during earthworks and dike reconstructions following the Elbe flood of 2002, high quantities of beta-HCH were released from soils and dumping grounds around Bitterfeld and entered the river Mulde. The increasing Mulde-contamination is reflected in elevated levels of beta-HCH in bream since 2003 with peak concentrations in 2004. 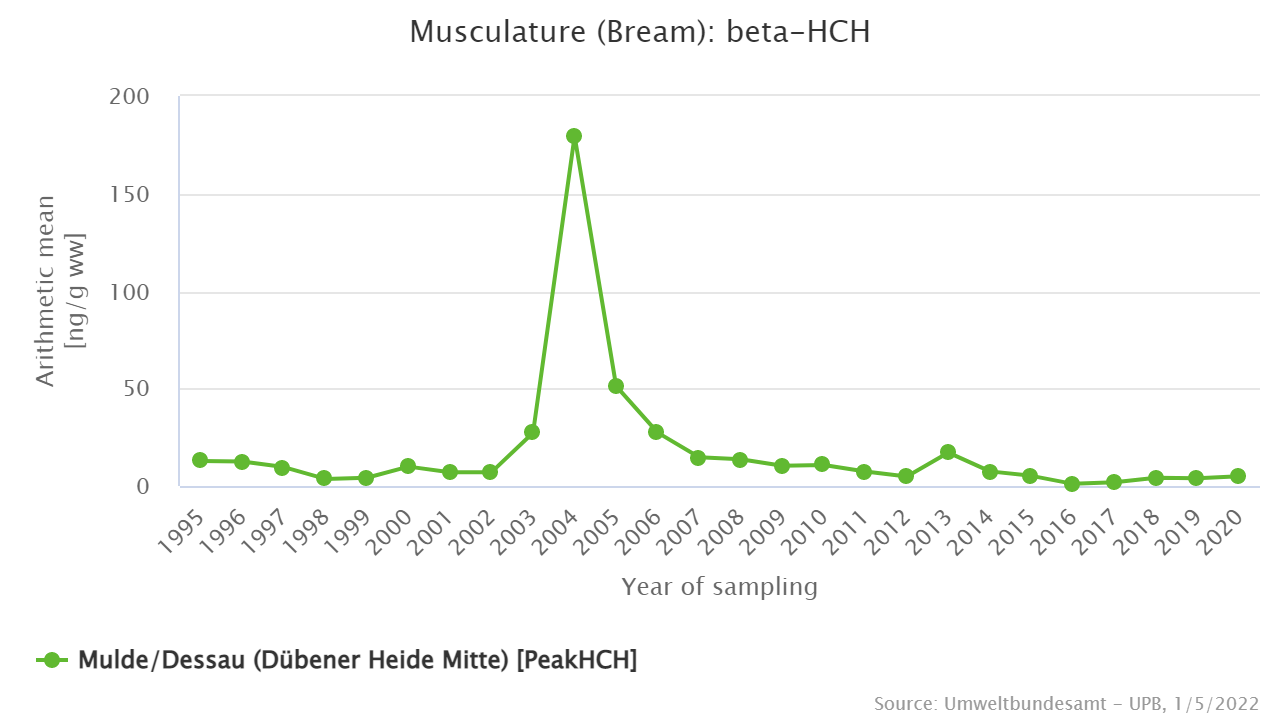