Levels of arsenic are mostly quite low. Continuous concentration trends over time are found only in single cases. During the monitoring period, decreasing arsenic concentrations were detected in spruce shoots from the Saarland conurbation (Warndt). Arsenic also decreased in herring gull eggs from the North Sea island Trischen. In contrast, levels of arsenic increased in bream from the Saale (Wettin).

Compared to results of other investigations, the arsenic concentrations detected in ESB specimens are in the lower range. No overall change in the environmental burden is noticeable since the 1980s. Concentration trends over time are apparent only in isolated cases.

Levels of arsenic have significantly decreased in spruce shoots from the Saarland conurbation (Warndt) since 1985. 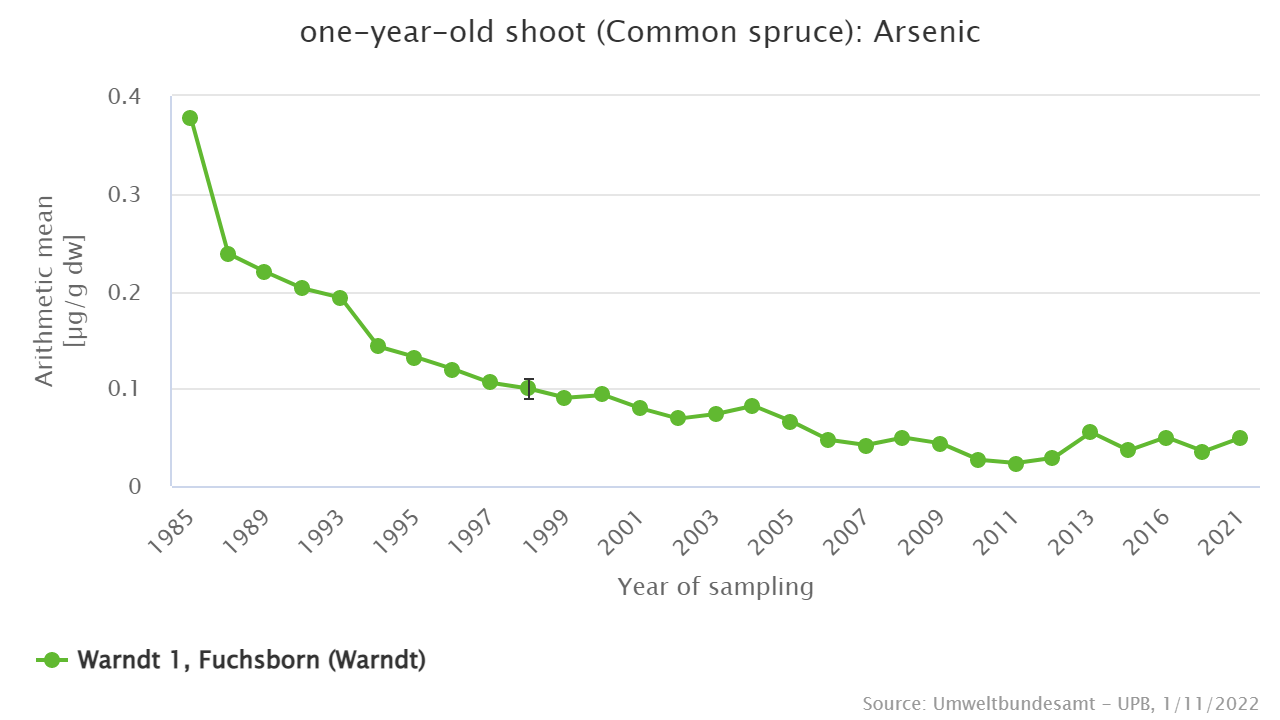 Arsenic in zebra mussel and bream 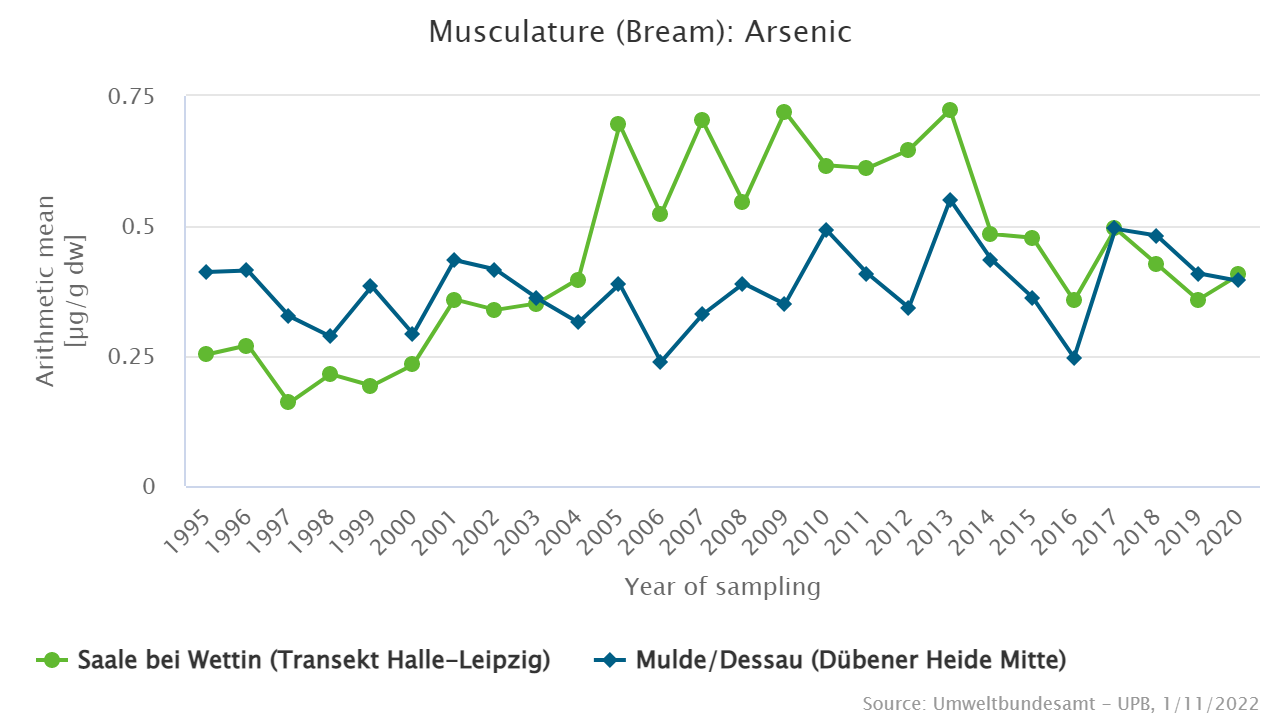 Since the late 1980s arsenic levels in herring gull eggs have changed only slightly. Mean arsenic concentrations were highest in eggs from the Schleswig-Holstein Wadden Sea (Trischen) and only here a significant decrease was apparent during the study period. Eggs from the Baltic Sea (Heuwiese) were the least contaminated. 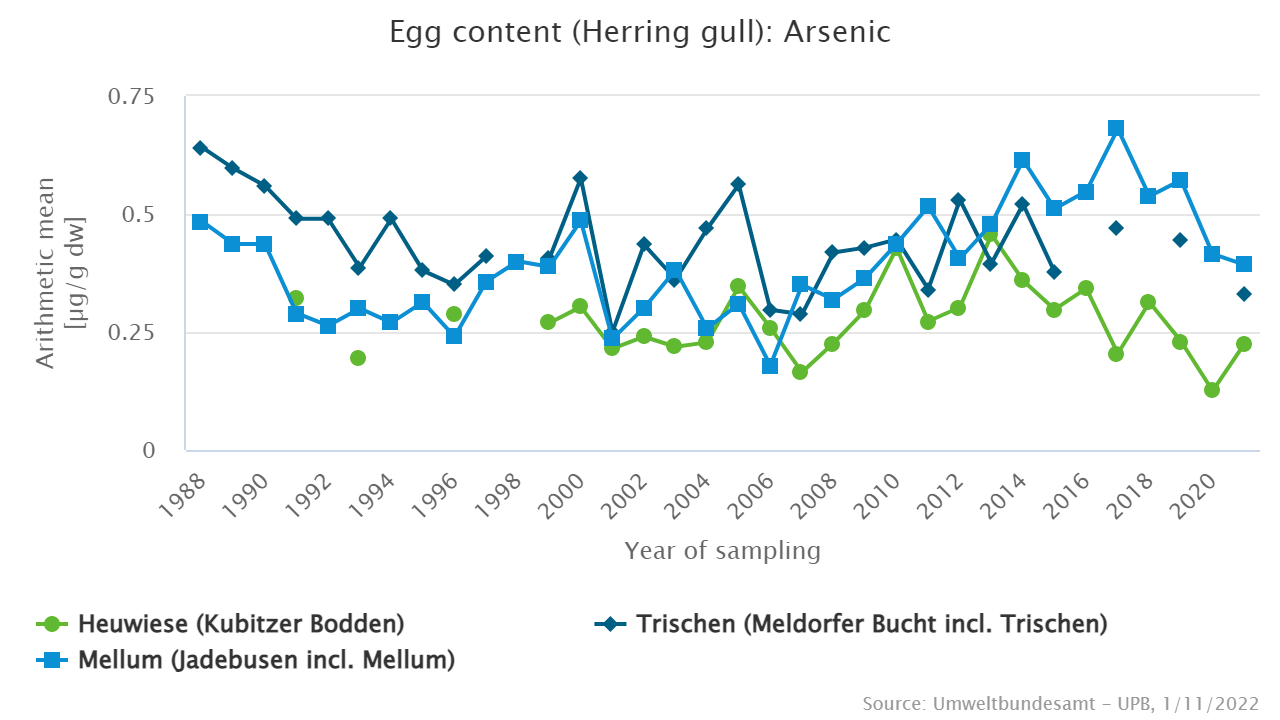