Pentachlorophenol - Do human specimen reflect the ban of the wood preservative ?

The ban of pentachlorophenol (PCP) led to a dramatic decrease in PCP-concentrations in blood plasma of students from Münster. PCP-levels dropped by more than 95% between 1985 and 2008.

In 1989, the manufacture, marketing, and use of PCP and PCP compounds in Germany were prohibited by the Pentachlorophenol Prohibition Ordinance. This ordinance was abrogated when the Chemical Prohibition Ordinance became effective on 1 November 1993 which banned the marketing of PCP. The use of PCP-containing wood preservatives had caused severe damages to human health.

Between 1985 and 1998 concentrations of pentachlorophenol in human specimens declined by more than 90% from values greater than 30 µg/L to 2.4 µg/L. In the following ten years further slight decreases in PCP levels could be observed.

Because of the minimal changes in measured PCP levels the routinely analysis of PCP was suspended in 2011. 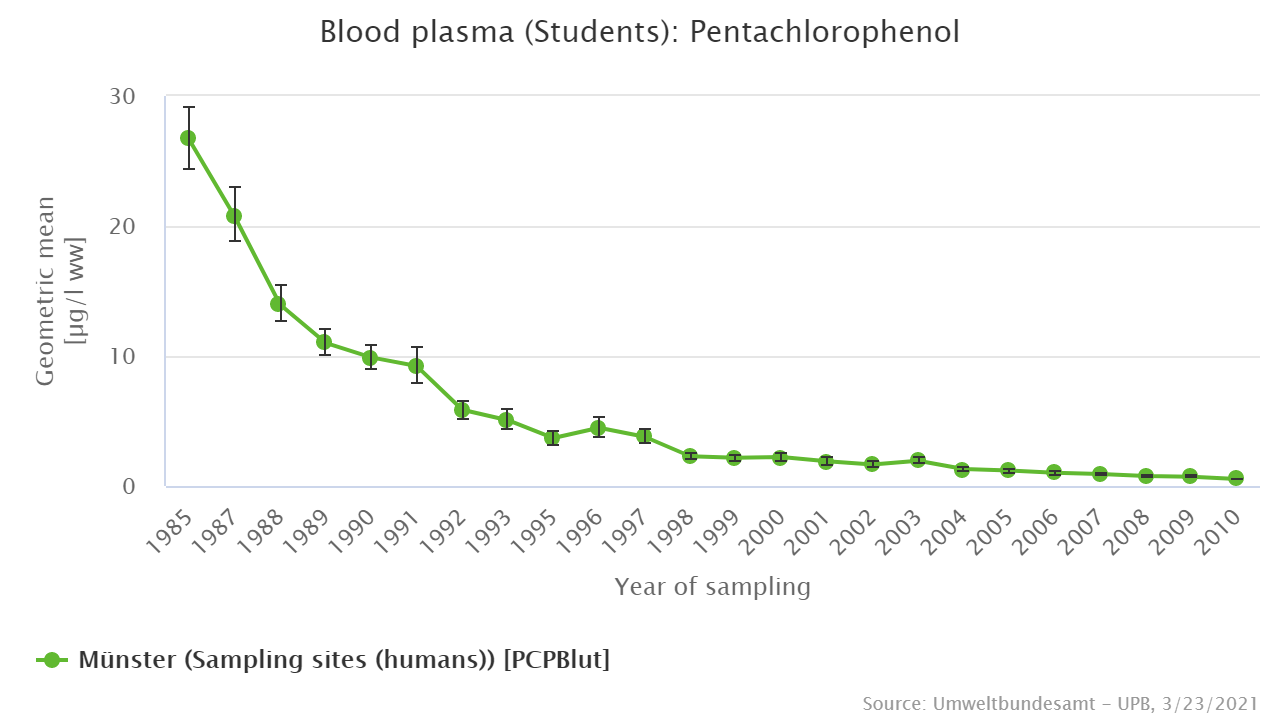